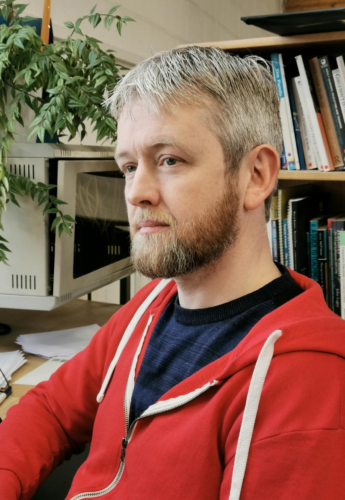 Colm Keegan is an award winning writer and poet from Dublin, Ireland. His first book “Don’t Go There” was released in 2012 to critical acclaim. His latest collection “Randomer” is now available from Salmon poetry. His debut full-length play “For Saoirse” was staged in Axis Theatre and shortlisted for the Fishamble New Writing award in 2018. His short play “Something Worth Saying,” commissioned for the Abbey Theatre’s Dear Ireland project in 2020 was called ‘exquisite and devastating’ by reviewer Emer O’ Kelly. He was a co-founder and board member of Lingo, Ireland’s first Spoken Word festival. In 2014 was awarded a residency in the LexIcon, Ireland’s largest public library. He has developed numerous creative writing projects for schools and colleges across the country. He is a creative writing teacher and co-founder of the Inklinks Project, a writing initiative for young writers. He was the writer in residence for Carlow College St Patricks in 2019. He also developed and co-ordinates South Dublin Epic for SDCC arts office.

When I was asked to select poems for the Poetry Phone Line for Kilkenny County Council, I grabbed 2007 first. I wanted to go back, long before pandemics had entered the collective consciousness. I think I was looking for some sort of through-line. What was the same then as now, despite everything? Was there anything? Of course, there was. Staring me in the face, as pervasive as ever. There was love in every issue, shining through. Every Broadsheet has something to say about Love. There’s no Broadsheet without it. It’s clear that there’s a strong sense of pessimism alive in the world today. Thanks to the internet the world has never seemed so disconnected, everyone is more polarised, we feel more seen, but paradoxically, more invisible, the anger in the streets is palpable, etc. When I myself feel pessimistic about the world, (and I often do, you’d have to be stupid not to), I really believe all of this, but when I’m trying to be positive, I remind myself, we don’t live online – we live in a home, where hopefully we are loved.  A home, like these chosen poems, is something built in tribute to love. Yes, I know that sometimes home is the last place you’ll feel loved, but I thought given the testing times we’ve endured, we should at least allow ourselves this small indulgence. If love isn’t in your life at the minute, I hope these poems remind you of what you could be seeking out, if it is in your life, then allow yourself to feel galvanised by how these lines stand up, as testament and tribute to our most enduring emotion. Something we shouldn’t turn away from, something we shouldn’t withhold from others, something we all deserve. A philosopher once said that love is the worst thing that can happen to a person, it drives you a bit wild. I believe this too. Love has a lot to answer for. It can get you into terrible trouble. Some poems here even look at that. These poems are far from naive and it’s that lack of naivete that gives these poems their authority I think. Looking at them collectively, it’s hard to deny their value. I hope you enjoy them. – Colm Keegan

Mother Instead by Alice Bennett 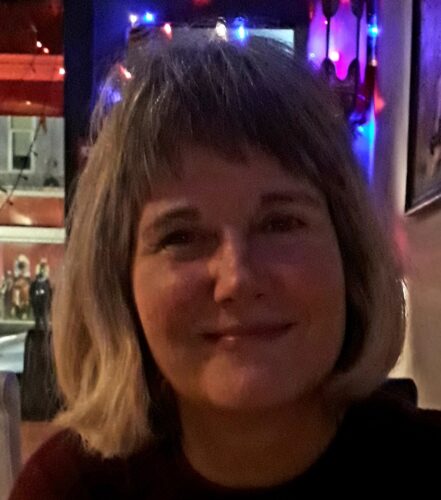 I’ve been writing poems since I was a little girl. When I look back at them I sometimes think those poems were the best I’ve ever written! Thanks to the wonderful support of the Arts Office and the vibrant writing community in Kilkenny, my poems have found an audience. I hope you enjoy this one. 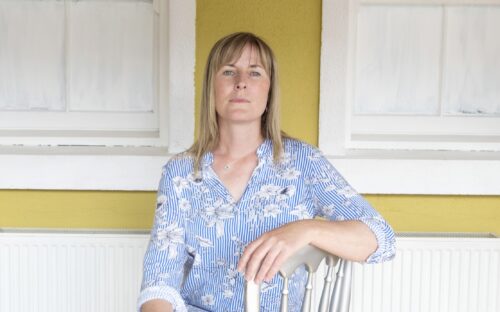 Angela Keogh is a Kilkenny born writer living in Co Carlow. Rowing is to some in Carlow what hurling is to many in Kilkenny. Angela rowed and competed with Carlow Rowing Club. Her poem Sculling With Grace, ‘0’ on the Poetry Phone, is set on the river Barrow in recent years and describes rowing in a single sculling boat alongside her crew mate, Grace, on an autumn morning. Absent from the scene, although remembered in ‘this aching river’, is another crew mate, Donna James, who died tragically at the age of 24 in 1999. Angela’s novel The Winter Dress, inspired by events in Kilkenny in 1348, was selected for the Irish Writers’ Centre Novel Fair 2020 and was published by The Harvest Press in 2020. Her second novel You Who Sleep Safely, long listed for the Irish Writers’ Centre Novel Fair 2019, will be published later this year. Two of her radio plays were broadcast this year on KCLR.

Sculling with Grace by Angela Kehoe 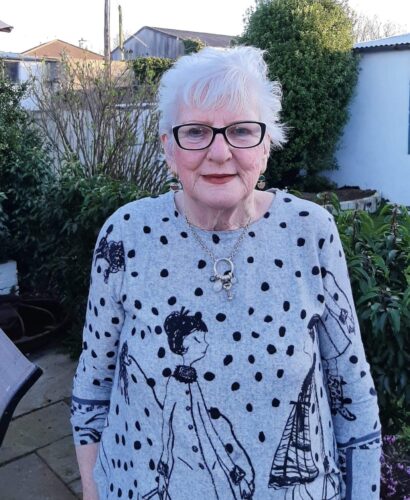 My name is Kathleen Phelan. I’ve been happily married to Donny for 52yrs. My hobbies include writing poetry doing crafts and reading. I love animals, sadly three of my fur babies all dogs, went to doggie heaven within two years of each other, I miss them every day. I’m a member of the Nifty Fifty ladies club in Newpark Close Resource Centre. I miss meeting my friends since the pandemic, I miss our coffee mornings in McDonagh Junction. fingers crossed we’ll meet again soon. 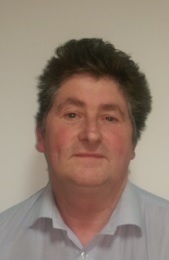 From Freshford, Co Kilkenny. I have been writing for a number of years, mainly poems & short stories. Recently joined Clogh writers group. I have some poems published in local & national publications.

Mary Malin was born in Dublin and has been writing poetry since she was a child. She worked in Publishing in the UK for twenty years and now lives in Kilkenny.  Her work has been published in different editions of the Kilkenny Broadsheet. Mary has been fortunate enough to attend poetry and creative-writing workshops with John McKenna, Kimberly Campanello, Jessica Traynor and Tara Heavney, organised by the wonderful Arts Office of Kilkenny County Council and Open Circle. She is working on a short collection of poems and photographs inspired by Kilkenny woodlands. 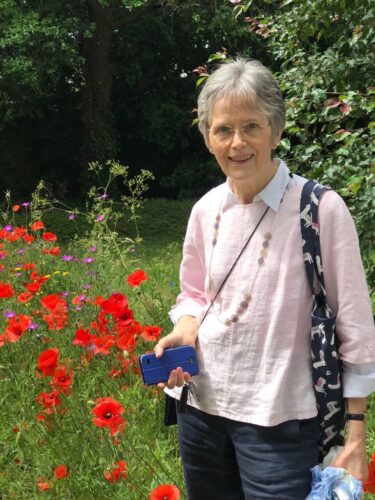 Nora Brennan lives in Kilkenny and writes poetry and creative non-fiction.   The natural environment around Kilkenny and the rural landscape of her childhood are the inspiration for much of her writing. Her work has been published in various journals and anthologies, and also broadcast on RTE Radio.   She published her first poetry collection of poems, The Greening of Stubble Ground, in 2017 having being awarded the Artlinks Emerging Artist Award 2016.  She was chosen as a mentee for the Words Ireland National Mentoring Programme, 2020/2021. 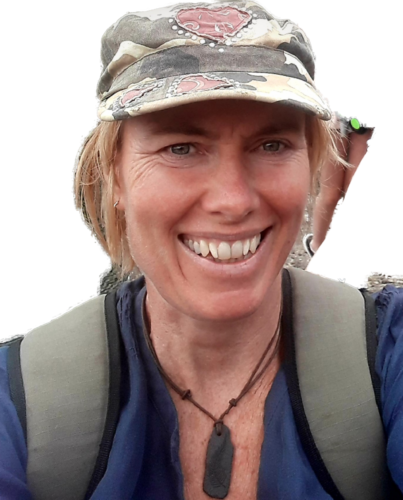 Monica Fleming is a Gardener and a Tutor with Kilkenny Community Education, teaching Horticulture as well as Crafts using Natural Materials. She is enthusiastic about helping people relate to the beauty of nature and the living world around them. Her poetry reflects this . 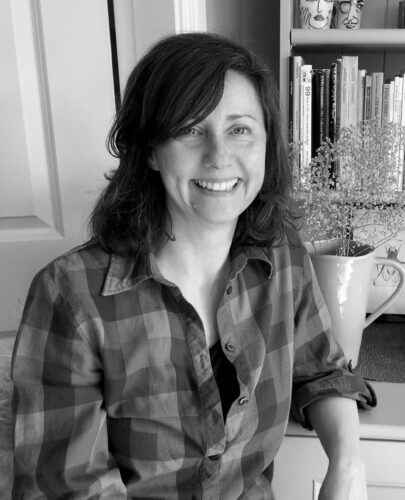 Nuala Roche has been writing for over twenty years. In 2016, she won Dromineer Literature Festival Poetry Prize and was Highly Commended in the Patrick Kavanagh Competition. Her one-woman play, Bridie, premiered at The Watergate Theatre in 2017. Nuala’s writing is published in The Cormorant Anthology, Doghouse Press journal,  The Milk House, Pendemic.ie and nine editions of the Kilkenny Poetry Broadsheet. Her first short story was longlisted in the Cairde Festival 2021 competition. Nuala is currently pitching her debut novel, a near-future story set in Ireland. Her poem Lumber has been nominated for the Pushcart Prize by The Milk House. The poem can be found here. 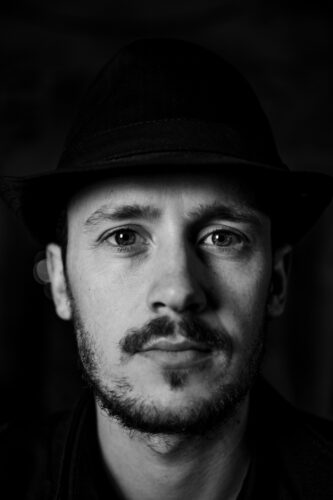 Shane Joyce is a singer and songwriter based in Kilkenny City. His debut album, “The Sadness of King Joyce” was released in 2018 and in 2019 Shane played Glastonbury festival. His poem, “Real”, was first released as part of Kilkenny Poetry Broadsheet 2016.

When You Said by Michael Massey

Michael Massey ran a number of poetry groups in Kilkenny and Clogh for many years, he was a great mentor and encouraging voice for local writers. He published several volumes of poetry and was nominated for the Hennessy Award. His unexpected death was a huge loss to the Kilkenny’s writing community.

Jack Cuddihy’s poem was published in the Kilkenny Poetry Broadsheet 2008. Jack passed away in April 2019.